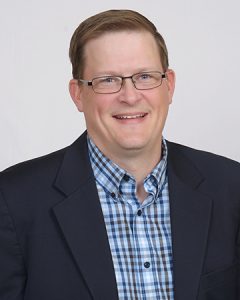 From coast-to-coast and around the world, Andrew brings his unparalleled insights to audiences…inspiring and motivating them to make real world differences in life.

From Alaska to Florida …speaking to groups from 10 to 10,000 …Andrew McCrea has brought his message to thousands – from audiences that consist of youth and collegiate participants to adult corporate and business audiences.

Based upon his popular books, Andrew’s keynotes and training programs provide an insightful guide that inspires leadership at every level, and are delivered with energy, enthusiasm and expertise onstage. His blend of humor and real-life strategies for living life with purpose inspire groups to action. 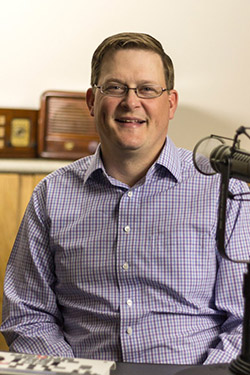 Since 1996 Andrew McCrea has traveled the nation, producing the “American Countryside” features that are heard each day on radio stations coast-to-coast. He can be heard on radio (Sirius/XM radio and approximately 100 other stations) and TV (programming is on RFD-TV– on all Dish and Direct TV households plus many cable systems, and about 150 local TV stations), and on such national networks as Westwood One and CBS.

The American Countryside features real people making real differences throughout our nation. Emmy Award winners, Miss America, state governors, Iditarod sled dog racers and even the winner of the National Hollerin’ contest have all been a part of this popular program. The program has won the Oscar® in Agriculture five times. 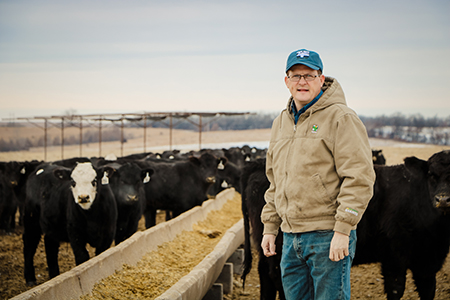 Andrew uniqueness lies in the broad background his life encompasses. He continues to manage and work on his family’s 3500-acre ranch in northwest Missouri, McCrea Family Farms.

The family farm is split evenly between row crop production (corn and soybeans) and pasture for cattle. All of our crop ground is terraced and no-tilled in order to reduce erosion, reduce and eliminate nutrient run-off and preserve moisture for growing crops. We always strive to be good stewards of the land.

While you may not see our name on a product in the grocery store, we take pride in providing the food that Americans and people around the globe need for their daily lives.

Andrew checks cattle on horseback and even tracks down news stories on his cell phone while operating a combine or tractor. He knows what it is like to move herds of cattle and work 18-hour days harvesting a crop. 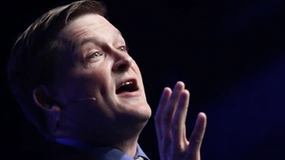 Andrew is the author of four books including the Ippy Award Winner, “American Countryside: Where Does Lost Luggage Go?” All of his publications are insightful books about life and leadership based on the interesting stories featured on the radio program.

Andrew believes in building strong communities. He is the past chairman of the Heartland Foundation, a group that promotes the “healthy communities” concept of raising the quality of life in rural and urban areas. Andrew is also a certified lay speaker, a role that brings him to speak at many churches on topics of faith.